How the Billionaires’ Shadow Government Works 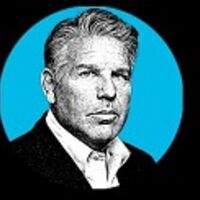 Bill Cohan William D. Cohan, a Bloomberg View columnist, is the author of the forthcoming "The Price of Silence: The Duke Lacrosse Scandal, the Power of the Elite and the Corruption of Our Great Universities," as well as "Money and Power: How Goldman Sachs Came to Rule the World" and the New York Times best-sellers "House of Cards" and "The Last Tycoons." @WilliamCohan
+ Get alerts for

There is no shortage of billionaires -- the Koch brothers, Carl Icahn, Dan Loeb and, yes, Mike Bloomberg, to name a handful -- who are willing to use their vast wealth to push a particular political agenda or to advocate for a specific social reform. That’s hardly a revelation.

Then there’s Tom Steyer, a former Goldman Sachs Group Inc. arbitrager who was mentored by Robert Rubin and eventually formed the San Francisco hedge fund Farallon Capital Management. Since then, Steyer has made a bloody fortune. He has never spoken publicly about how he raked it in at Farallon. Nor has he talked on the record about his years at Goldman. (He didn’t respond to my interview requests when I was writing a book about Goldman in 2011.)