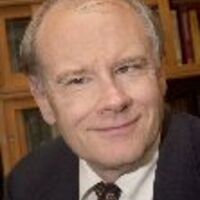 Richard K Vedder Richard Vedder, an economist, directs the Center for College Affordability and Productivity and teaches at Ohio University. He is an adjunct scholar at the American Enterprise Institute.
+ Get alerts for

Parents who are desperately trying to get their children into a top school may not believe this: U.S. higher education enrollments this fall might be lower -- perhaps significantly so at some institutions -- than they were a year ago.

Official national data won’t be published for some time. Yet state by state, enrollments appear to be down, mostly at community colleges and at some four-year schools as well. In Ohio, preliminary numbers from the Board of Regents of the University System of Ohio show a 5.9 percent decline, and the drop-off at one community college (Hocking) was so precipitous (more than 20 percent) that it had to dismiss staff. In other Midwest states such as Michigan and Wisconsin, numbers at some institutions have fallen as well. In Arizona, one large Tucson-area community college (Pima) shows a decline of 11 percent.