Skip to content
Subscriber Only
Opinion
John B Taylor

On the 10th Anniversary of the Keynesian Revival: Echoes 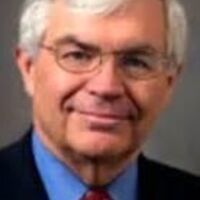 John B Taylor writes for Bloomberg. @EconomicsOne
+ Get alerts for

July marks the tenth anniversary of the revival of discretionary countercyclical fiscal policies in the U.S. Such Keynesian policies -- sending checks to people to get them to spend more, temporarily increasing government purchases, offering temporary tax credits -- are intended to counter economic downturns.

They were popular in the 1970s, but then fell out of favor during the 1980s and 1990s, largely because they didn't seem to work: in the 1970s, the economy performed very poorly, with both high inflation and high unemployment. In 1978, Nobel Laureate Robert E. Lucas Jr. and his distinguished co-author Thomas J. Sargent wrote an influential, devastating critique of these policies called "After Keynesian Macroeconomics."