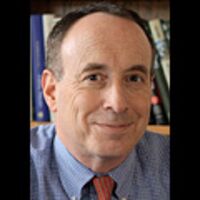 Laurence J Kotlikoff Laurence J. Kotlikoff is an economics professor at Boston University and the author of "Jimmy Stewart Is Dead: Ending the Worlds Ongoing Financial Plague With Limited Purpose Banking."
+ Get alerts for

It’s a rare and wonderful thing to see a Republican agree with a Democrat, especially on an innovative idea. Yet when it comes to reforming our mortgage system, we need to tread carefully. Republican Congressman Scott Garrett of New Jersey and Democratic Senator Charles Schumer of New York are both considering proposing a Danish-type "covered" bond system. Treasury Secretary Timothy F. Geithner has also made favorable noises.

The covered bond system, which I will explain in detail below, is an admirable attempt to replace Fannie Mae, Freddie Mac and the Federal Housing Administration, which are now issuing 90 percent of all mortgages in our $11 trillion mortgage market. The reason they own the market is simple: They borrow money on the cheap, by pledging repayment by the taxpayer, and then they lend on the cheap. Private mortgage makers can’t compete.