Cannabis businesses have sprung up in cities all around Thailand since decriminalization in June, but some political parties want to impose harsher regulation. 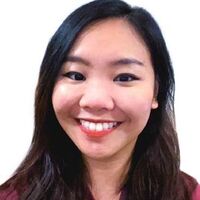 Months after Thailand became the first Asian country to decriminalize cannabis, weed-related businesses are already changing its cityscapes. Neon-lit signs with cannabis leaves are now a common sight from Bangkok to Chiang Mai, and the drug is seeping into everything from food to drinks and cosmetics, bolstered by the promise of revenue from weed tourism.

Despite its rapid growth, Thailand’s cannabis industry is in fact walking a political tightrope. Businesses currently operate in a gray area due to a regulatory vacuum whereby the drug was decriminalized before lawmakers could agree on how to regulate the industry. Growing societal concerns about the impact of legalization also threaten to set back an industry that is estimated to be worth over $1 billion by 2025.