In Floodland, players must rebuild society in a world drowned by global warming. 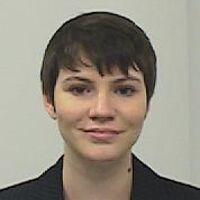 Allison Nicole Smith writes for Bloomberg. @allison_n_smith
+ Get alerts for

In Floodland, an upcoming city-building strategy game, the big boss isn’t a monster, sorcerer or rogue state, but something just as foreboding: climate change.

It all started when developers Kacper Kwiatkowski and Grzegorz Mazur of the Poland-based indie studio Vile Monarch decided they wanted to create a post-apocalyptic city-builder with a realistic catastrophe as the catalyst. Climate change wasn’t originally central to the game’s narrative — when Kwiatkowski and Mazur pitched video-game publisher Ravenscourt, it was just a minor point buried in the presentation slide deck. But Ravenscourt’s team “realized there was a climate change angle,” said Kwiatkowski, and encouraged the pair to run with it.