One Chinatown museum has opened as part of Canada’s redress for past discrimination, while another nearby fosters “hope for the future.” 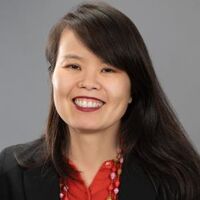 At the new Chinese Canadian Museum in the heart of Vancouver’s Chinatown, an exhibit struck a chord with Peter Wong, 72, during a recent visit — his first since the museum opened in March 2020. He interjected as a museum guide discussed Canada’s Chinese Head Tax, the discriminatory 1885 law that discouraged Chinese immigration after thousands of laborers finished backbreaking work building the Canadian Pacific Railway. About two-thirds of those workers were from China.

Wong recounted that he has no early photos of himself with his father, who emigrated from China to British Columbia. When Wong was a child, his father burned their family photographs. He was worried they might be used as evidence to deport the family during a period when Canada tightened immigration policies.