Aspiration, Backed by DiCaprio and Orlando Bloom, Weighs an IPO 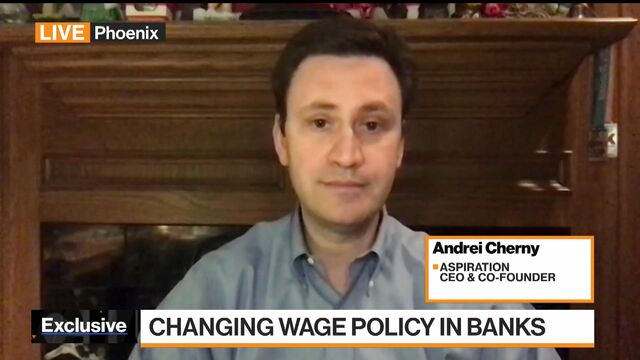 Aspiration, a financial-technology company that’s gained the backing of high-profile actors, is laying the groundwork for a public listing.

The Los Angeles-based firm may seek to go public through a traditional initial public offering or another route, according to a person familiar with the matter, asking not to be identified discussing the firm’s plans. The unicorn’s investors include actors Robert Downey Jr., Leonardo DiCaprio and Orlando Bloom, investment bank Allen & Co. and EBay Inc. co-founder Jeff Skoll.

Aspiration may go public as early as this year and is in talks with bankers, the person said. The plan is still in early stages.

A representative for Aspiration declined to comment on the firm’s plans.

The company, led by Andrei Cherny, is seeking to capitalize on a booming market for environmental, social and governance investing. The fintech promises that deposits “will never go towards funding fossil-fuel projects, firearms or political campaigns,” according to its website. The firm’s customers have doubled to more than 4 million in the past year, the person said.

Aspiration has a savings account with an annual percentage yield of as much as 1%, and as much as $2.5 million per depositor is insured by the Federal Deposit Insurance Corp., according to the website.

Aspiration also is announcing on Monday that it’s enacting a $25-an-hour minimum wage effective immediately. That’s higher than the minimum at the largest U.S. banks, with Bank of America Corp. saying it would raise its lowest wages to that level by 2025.