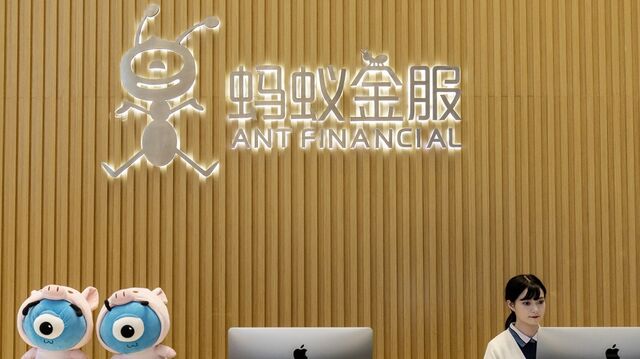 Jack Ma’s Ant Group Co. won a key approval from the China Securities Regulatory Commission for its listing in Hong Kong, paving the way for what could be the world’s biggest initial public offering.

The Chinese regulator has given Ant a green light to seek a listing hearing with Hong Kong Exchanges and Clearing Ltd., according to a notice on the commission’s website. A Hong Kong hearing could happen as soon as Monday, according to people familiar with the matter, requesting not to be named because the information is private.

Ant still has to complete its registration for the Shanghai leg of the IPO. The Shanghai exchange website shows that Ant submitted an application for a listing on the tech-focused STAR board on Sept. 22. The China securities watchdog has 20 working days to accept or reject the registration. The exchange itself has already approved the listing.

Alibaba Group Holding Ltd., which owns a third of Ant after spinning out the finance unit almost a decade ago, climbed 1.1% in Hong Kong Monday to HK$297.20. The benchmark index rose 0.60%.

The nod from China’s securities watchdog for the Hong Kong sale came later than expected, stirring speculation that Ant’s IPO was running into roadblocks. The company could raise about $35 billion from the dual listing in Hong Kong and Shanghai at a valuation of at least $280 billion, people have said.

Ant won’t seek cornerstone investors for Hong Kong, but will invite big backers for its Shanghai sale to mitigate price fluctuations, people familiar have said. The Hangzhou-based firm is planning to issue new stock equal to about 11% to 15% of its outstanding shares and split the float evenly between Hong Kong and Shanghai.

— With assistance by Lulu Yilun Chen, and Zheng Li

(Updates with official notice from CSRC in the first two paragraphs.)
Published on October 18, 2020, 9:27 PM EDT
Updated on October 19, 2020, 6:50 AM EDT
Have a confidential tip for our reporters?
GET IN TOUCH
Before it's here, it's on the Bloomberg Terminal.
LEARN MORE