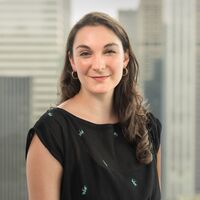 You can tell what part of the Bay Area a male white-crowned sparrow is from just by a few notes of its song. The buzzes and trills of the North American birds can vary dramatically over just a few miles. (Think Bronx versus Brooklyn accents, but for birds.) These distinctive dialects have made the species a focus of ornithological attention for decades; since the 1960s, researchers have mapped 10 birdsong dialects across San Francisco, their borders shifting and evolving over time.

But in recent years many of the urban sparrows’ melodies had been “masked” by noise pollution, and the birds began singing at a higher frequency to overcome the cacophony of cars and city life.

That changed in March, when Bay Area counties went into coronavirus lockdown. Traffic disappeared, coyotes began prowling the traffic-free streets, and nature, famously, began healing. Elizabeth Derryberry, an associate professor of behavioral evolution and phylogenetics at the University of Tennessee, Knoxville, wondered about the white-crowned sparrows in the San Francisco region that she’d been studying since 2012. What would they sound like, unmasked?