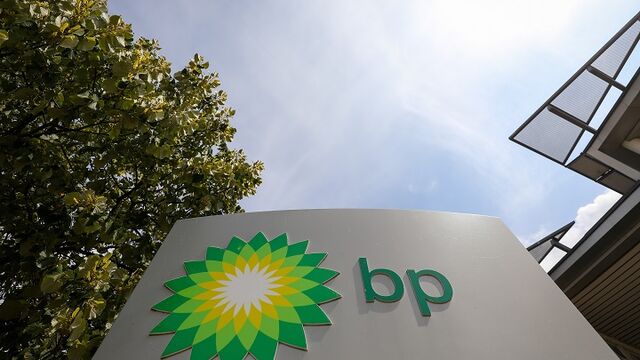 This will almost certainly be a record-breaking year for the advance of solar and wind power across the U.S. The additions that are in progress or planned are significant enough to boost hopes for emissions-free electrical grids within a generation—if natural gas doesn’t get in the way.

It just may. Gas is such a bargain that it’s being viewed less as a bridge fossil fuel, driving the world away from dirtier coal toward a clean-energy future, and more as a hurdle that could slow the trip down. Some forecasters are predicting prices will stay low for years, making it tough for states, cities and utilities to achieve their goals of being zero-carbon in power production by 2050 or earlier.

“The fact that there’s an abundance of it makes the move to complete decarbonizaton much harder,” says Ravina Advani, head of energy, natural resources and renewables at BNP Paribas SA. Gas is a tough competitor. “It’s reliable and it’s cheap.”

The flood of inexpensive gas does have a big environmental upside, because it’s putting increased pressure on struggling coal plants that contribute significantly to global warming. But it’s also squeezing margins for nuclear reactors, which are the U.S.’s biggest source of carbon-free power. And it’s driving utilities to lay down infrastructure that could ensure gas remains central to the power mix for decades.

Solar and wind are certainly winning in many markets on price alone. Without cheap gas, though, the renewables build-out would be faster, says Cody Moore, head of gas and power trading at Mercuria Energy America LLC. “Absolutely, 100%.”

Just look at the largest grid in the U.S., which stretches from Washington to Chicago and serves more than 65 million people: It has been boosting the amount of power generated with gas and drawing in renewables at a slower rate.

That grid happens to crisscross a section of the U.S. that’s home to some of the world’s most abundant natural gas reserves. A drilling boom there and in the Permian Basin in Texas and New Mexico is a reason why the U.S. benchmark price for gas is less than $2 per million British thermal units.

That’s the least for this time of year since the late 1990s. In Asia, prices fell to a record low of less than $3 this month amid a global supply glut and as the coronavirus began slowing demand from China. In Europe, the benchmark Dutch price hit a decade low.

Read More: Nobody Can See Bottom for Europe’s Plunging Natural Gas Market
“That's not good for the new-energy market,” says Jonathan Bell, a business development manager at the risk assessment and quality assurance company DNV GL. “It puts a lot of pressure on renewable energy.”

Rising exports of liquefied natural gas from the U.S. Gulf Coast to Siberia will probably keep prices down and expand developing economies’ reliance on the fuel. The International Energy Agency expects global gas consumption to climb through 2040.

"We're using solar and wind more than ever, but until we're very purposeful about trying to subtract some fuels that we're using, history shows us that market forces alone won't successfully push fossil fuels out of the energy mix," says Noah Kaufman, a research scholar at Columbia University's Center on Global Energy Policy.

None of this is to say that renewable investments in the U.S. haven’t been on a tear. They went up 28% last year to a record $55.8 billion, according to BloombergNEF. Between now and 2050, renewable power will be the fastest-growing source of electricity, accounting for 38% of generation, according to the U.S. Energy Information Administration.

Read More: How Much Renewable Energy Countries Use

That, of course, isn’t the percentage envisioned by the likes of the state of California, the city of Pittsburgh and the Minneapolis-based utility Xcel Energy Inc., which are among the governments and power providers that have target dates between 2030 and 2050 for cleaning carbon emissions out of their grids.

Whatever the price, natural gas will have to continue to fill the gap for some time because renewable generators need the strength of wind or sun to do their jobs. The battery power-storage technologies that could cut every grids’ ties to fossil fuels are only slowly being added to systems.

Without them, “we cannot go 100% renewable,” says Tom Rumsey, a senior vice president at Competitive Power Ventures, which builds both gas-fired and renewable plants. “There are these moonshot goals, which drive policy behavior. But the reality is, how do you maintain grid reliability without a breakthrough in storage? You are going to need fossil fuels.”

There’s widespread agreement among forecasters, policymakers and increasingly business leaders that solar and wind will win out in the end. Ultimately, “gas plants will meet the same reality as coal,” says Jules Kortenhorst, chief executive officer of the Rocky Mountain Institute, a nonprofit focused on delivering a low-carbon future. “It’s just a question of when.” Gas prices may define the answer.

(Michael R. Bloomberg, the founder and majority stakeholder of Bloomberg LP, the parent company of Bloomberg News, has committed $500 million to launch Beyond Carbon, a campaign aimed at closing the remaining coal-powered plants in the U.S. by 2030 and slowing the construction of new gas plants.)

— With assistance by Vanessa Dezem, Francois De Beaupuy, and Will Mathis