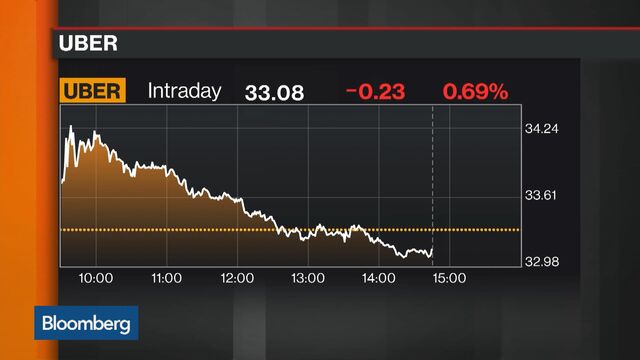 The 33-count indictment announced Tuesday by federal officials in San Jose, California, adds a new criminal chapter to the saga surrounding Waymo’s civil claims of trade-secret theft against Uber. Even after the companies abruptly settled the litigation in the middle of a high-stakes trial last year, questions remained about the mysterious engineer at the center of the turmoil.

“All of us have the right to change jobs,” San Francisco U.S. Attorney David Anderson said at a press conference in San Jose. “None of us has the right to fill our pockets on the way out the door. Theft is not innovation.”

Levandowski, 39, voluntarily surrendered to authorities and faces a maximum of 10 years in prison if he’s convicted. Anderson said the government’s investigation is ongoing, but he declined to discuss the probe further.

Levandowski “didn’t steal anything from anyone,” his lawyer, Miles Ehrlich, said in a statement. The indictment “rehashes claims discredited in a civil case that settled more than a year and a half ago.”

In his initial court appearance Tuesday, Levandowski pleaded not guilty and was released by a judge -- for now -- on $2 million bail and a condition that he wear an ankle bracelet. He was told to return to court Sept. 4 for another bail hearing after prosecutors voiced concern that with his vast wealth and dual citizenship in France, he might try to charter a private plane and flee.

Legal experts had long speculated about what prosecutors might have found after the San Francisco judge handling the Waymo lawsuit referred it for further investigation in May 2017 and the case produced streams of evidence and testimony embarrassing to Uber. Emails and texts revealed a deeply personal connection between Levandowski and Uber’s then-chief executive officer, Travis Kalanick.

The criminal charges largely mirror Waymo’s civil claims that Levandowski -- while he was still at the company -- hatched a plan in 2015 with Uber for him to steal more than 14,000 proprietary files, including the designs for lidar technology that helps driverless cars see their surroundings.

Uber, under Kalanick’s leadership, acquired Otto LLC -- the company Levandowski formed days before he quit Waymo in January 2016 -- in a $600 million stock deal that August.

Levandowski became head of Uber’s self-driving project, but was demoted, and eventually fired, under pressure from the litigation. Levandowski, who wasn’t a defendant in the lawsuit, refused to answer questions from Waymo, turn over documents or testify at trial, citing his constitutional right against self-incrimination.

Levandowski’s indictment probably will renew interest in any role Kalanick might have played, both in the alleged theft and the investigation that led to the charges. Kalanick recruited Levandowski from Waymo and the civil lawsuit had produced evidence of texts and long walks the two took to develop their plan to thwart Waymo.

Uber said in a statement Tuesday that it has cooperated with the government’s investigation “and will continue to do so.”

Waymo said, “We have always believed competition should be fueled by innovation, and we appreciate the work of the U.S. Attorney’s Office and the FBI on this case.”

Pronto, Levandowski’s latest autonomous vehicle venture, said Tuesday that its chief safety officer will take over as CEO as a result of the indictment.

“The criminal charges filed against Anthony relate exclusively to Lidar and do not in any way involve Pronto’s ground-breaking technology,” the company said in a statement. “Of course, we are fully supportive of Anthony and his family during this period.”

Uber’s legally fraught acquisition of Levandowski’s self-driving trucking company backfired in 2017 when investors quietly pushed to replace Kalanick as CEO. In a letter to Kalanick, investors called the legal fight with Waymo “extremely serious” and used it as ammunition to ask him to step aside.

Later, the venture capital firm Benchmark sued Kalanick. In that case, which was eventually dropped, the firm accused Kalanick of failing disclose his personal involvement in acquiring the startup that -- according to a confidential Uber-commissioned report -- “harbored trade secrets stolen from a competitor.”

The legal action against Levandowski dredges up memories that Uber’s current leadership would prefer fade into the past. Kalanick, Uber’s co-founder, remains on the company’s board of directors.

Uber disclosed in its IPO prospectus this year that an arbitration panel had issued an interim award to Google in a case it brought against Levandowski separate from the suit against Uber. The panel ordered Levandowski to pay $127 million and found him jointly liable for an additional $1 million with one of his business partners, Lior Ron. Ron is an executive at Uber now responsible for the company’s freight business.

Uber disclosed that it could be responsible for “some or all” of the payment to Google since Uber signed an indemnification agreement with Levandowski and Ron as part of the acquisition of Otto.