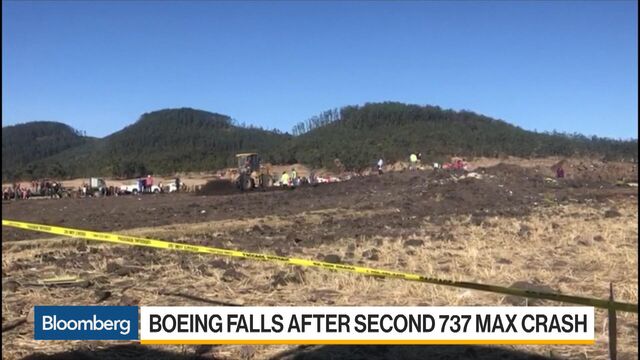 U.S. aviation regulators signaled their confidence in the safety of Boeing Co.’s embattled 737 Max jetliner, issuing a global notice of “continued airworthiness” a day after the model’s second deadly crash in less than five months.

There isn’t conclusive evidence so far to link the loss of an Ethiopian Airlines 737 Max 8 on Sunday and a fatal Lion Air disaster involving the same jet model in October, the Federal Aviation Administration said Monday. Boeing is working on improvements to the plane’s flight-control system and the FAA plans to publish a related directive to operators no later than April.