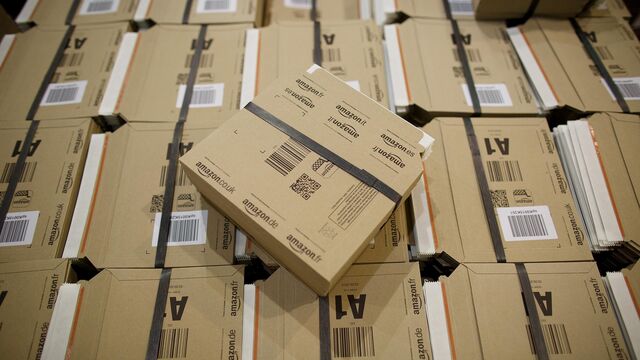 Amazon.com Inc. said it’s axing plans to build a new corporate campus in New York City, bowing to fierce opposition from some residents and politicians and denying the city what the mayor and governor had called its biggest ever economic win.

New York Governor Andrew Cuomo and New York City Mayor Bill de Blasio lobbied hard to bring the deal to the city, with the governor even jokingly offering to change his name. They touted the promise of as many 40,000 jobs in the city over the next two decades with an average salary of $150,000.

Anything is possible: today was the day a group of dedicated, everyday New Yorkers & their neighbors defeated Amazon’s corporate greed, its worker exploitation, and the power of the richest man in the world. https://t.co/nyvm5vtH9k

But local opposition was fervent from the beginning. Lawmakers resented being excluded from negotiations for the deal, and decried the $3 billion in government subsidies offered to a company run by Jeff Bezos, the world’s richest man, while the city itself is facing budget cuts. Community groups feared rising rents in the neighborhood would push out long-time residents, and that the influx of workers would strain an already overburdened subway system.

“Amazon’s decision to withdraw from New York is no doubt a blow to our local economy,” said Julie Samuels, executive director at Tech: NYC. “New York City is today one of the most dynamic tech hubs in the world, but there is no guarantee we will maintain this status in the future, which makes this news so disappointing.”

In a series of City Council meetings in recent weeks, Amazon executives were grilled about their view on unions, specifics about jobs in the neighborhood and the fact that their chosen site is located in an opportunity zone, enabling it to qualify for federal and state tax breaks there. Amazon said it wouldn’t claim the break. One executive hinted at the exasperation within the company, saying Amazon wanted to be in a community that wanted it.

Trump’s ‘Opportunity Zones’ Tax Break Is Under Assault in N.Y.

And there are plenty of others that do. But instead of reopening what was a year-long search for a second headquarters, Amazon said it will proceed with plans for other major offices at a site in Northern Virginia and Nashville. "We will continue to hire and grow across our 17 corporate offices and tech hubs in the U.S. and Canada," it added, in a statement.

Besides the public backlash in New York City, tension was building at Amazon headquarters in Seattle. High-level executives with several Amazon teams were notified within the past few weeks that they would have to relocate to New York, which caused unrest, according to two people familiar with the matter. Several executives who were told they’d have to leave began job hunting to avoid relocating their families, said the people, who requested anonymity since they were not authorized to share the details.

After reports emerged last week that Amazon was considering withdrawing from New York, some pundits speculated that it was a negotiating tactic designed to see how far the opposition was willing to go. But it wasn’t a ploy, according to a person familiar with the matter. The company planned to hire 700 people this year in New York City and has plenty of time to adjust and absorb that growth at other sites, the person said.

While Amazon’s withdrawal was a major blow for de Blasio and Cuomo, whose enthusiasm for the project was one of their only points of agreement, the progressive politicians who so vocally opposed it declared it a win.

One of the those was was New York State Senator Michael Gianaris, a Democrat who represents Long Island City. He had recently been appointed to the state’s Public Authorities Control Board, which would have had to unanimously approve the Amazon project.

“Today’s behavior by Amazon shows why they would have been a bad partner for New York in any event,” Gianaris said in a statement. “Rather than seriously engage with the community they proposed to profoundly change, Amazon continued its effort to shakedown governments to get its way.”

“Today was the day a group of dedicated, everyday New Yorkers & their neighbors defeated Amazon’s corporate greed, its worker exploitation, and the power of the richest man in the world,” she tweeted.

With several polls showing that a majority of New Yorkers favored Amazon’s arrival, de Blasio had previously suggested that those officials could face their own backlash come the next elections. Indeed, many of the people who reacted to Ocasio-Cortez’s tweet expressed anger.

“Today New York lost billions of dollars of revenue that could have been used over the next decade to help rebuild this decaying city ... All due to ignorance and small mindedness,” wrote one.

De Blasio, however, blamed Amazon. “We gave Amazon the opportunity to be a good neighbor and do business in the greatest city in the world. Instead of working with the community, Amazon threw away that opportunity,” he said in a statement.

Amazon captured North America’s attention in 2017, when it announced plans to build a second headquarters, prompting gushing overtures from politicians and publicity stunts from hopefuls eager to stand out. A group from Tucson offered to send a 21-foot-tall cactus to Seattle. A Georgia town offered to name a new city "Amazon." Beyond hype, cities dangled generous tax incentives. Former New Jersey Governor Chris Christie publicly offered $7 billion in tax breaks and other benefits to bring Amazon to Newark. Most cities and states kept their offers private.

In the end Amazon decided to split the so-called HQ2 between Long Island City and Arlington, Virginia, and open a smaller office in Nashville.

Earlier this week de Blasio called the potential for Amazon’s tech jobs “mission critical” for the city, which wants to build up its tech industry as it can no longer rely on Wall Street as an economic generator.

“This is a stunning development, with Amazon essentially giving in to vocal critics,” said Mark Hamrick, an analyst at Bankrate.com. "For those who didn’t want Amazon to bring the promised 25,000 new jobs and added economic vitality to the area: Be careful what you wish for."

Prospective employees, small businesses and state and local governments looking forward to tax revenues, as well as the broader community, will miss out from improved growth prospects, Hamrick said. The decision could also prompt other businesses to think twice before setting up shop or expanding in the region.