ECB Sees Inflation Above 2% Next Year Though Can’t Agree on... 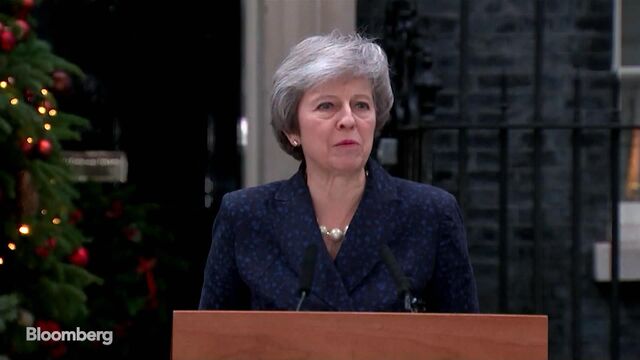 U.K. Prime Minister Theresa May makes a statement in Downing Street after her party triggered a no-confidence vote.

U.S. stocks advanced as the outlook for trade took a positive turn and the British prime minister defeated a challenge to her leadership.

The S&P 500 rose 0.5 percent after an afternoon slump that pared its gain by more than half. It marked the fourth straight day that investors sold an early rally, a trend that’s a stark reversal from months where traders bought any meaningful dip. Oil’s retreat coincided with the move, amid reports that deep discord exists among OPEC members ahead of planned output cuts.