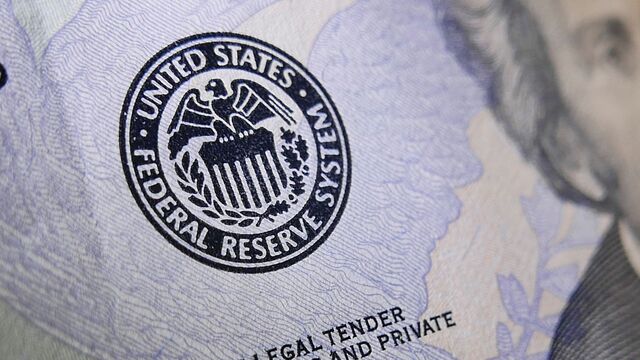 Federal Reserve officials focused on the impact of potential fiscal stimulus during their December policy meeting, with many starting to worry that the central bank might eventually be forced to quicken the pace of interest-rate increases to head off higher inflation.

Almost all the participants “indicated that the upside risks to their forecasts for economic growth had increased as a result of prospects for more expansionary fiscal policies in coming years,” read the minutes of the Dec. 13-14 meeting of the Federal Open Market Committee, released Wednesday in Washington.

Despite growing attention to the risks of increased government spending and tax cuts spurring faster growth than currently forecast, most on the committee reiterated that a “gradual” pace of rate hikes over the coming years would likely remain appropriate.

“There’s nothing here to radically change our view of where the Fed is likely to go. I still think the most reasonable base case for the next rate hike is June,” said Dean Maki, chief economist at Point72 Asset Management LP in Stamford, Connecticut. Traders see a rate hike by June as highly likely, according to prices of federal funds futures, which were little changed after the minutes were released.

The S&P 500 Index extended gains and the Bloomberg Dollar Index pared some of the day’s losses. Yields on 10-year Treasuries were little changed at 2.45 percent.

The minutes of the session, at which officials raised their benchmark lending rate by a quarter percentage point, showed that uncertainties over future fiscal policies weighed heavily in their discussion of the economy and the future path of monetary policy.

President-elect Donald Trump promised higher spending on infrastructure, tax cuts and regulatory reform during his campaign, but has offered few new details of his policy goals since winning the Nov. 8 election. His inauguration is set for Jan. 20.

“Participants emphasized their considerable uncertainty about the timing, size and composition of any future fiscal and other economic policy initiatives as well as about how those policies might affect aggregate demand and supply,” the minutes said.

The committee, headed by Chair Janet Yellen, was divided on how far the unemployment rate was likely to fall, and over the consequences for inflation if it fell significantly below the Fed’s goal.

“Many participants” judged the risks of a sizable undershoot on unemployment had increased somewhat, according to the minutes, “and that the committee might need to raise the federal funds rate more quickly than currently anticipated.” Still, “most participants” expected the jobless rate would fall only “modestly below their estimates of the longer-run normal rate.”

The minutes showed that “about half” of the committee members had begun to incorporate assumptions about expansionary fiscal policy into their forecasts.

Among officials still emphasizing the downside risks to the economy, some mentioned repeatedly the headwind created by an appreciating dollar.

The U.S. currency has surged since the election, partly in anticipation of fiscal policies under the incoming Trump administration. The Bloomberg Dollar Spot Index, which measures the greenback against 10 global currencies, had appreciated 5.2 percent between Nov. 8 and the end of FOMC’s meeting on Dec. 14. Since then it has strengthened an additional 1.1 percent.

At their December meeting, officials raised the number of quarter-point rate hikes they foresee in 2017, to three from two, while signaling growing confidence in the economy, according to their median estimate.

Unemployment declined to 4.6 percent in November, its lowest level in more than nine years and close to most economists’ estimates for the its lowest sustainable level. The Fed’s preferred measure of price inflation was 1.6 percent in the 12 months through November after excluding food and energy components. Policy makers expect that to rise this year toward their 2 percent goal.

The FOMC holds eight scheduled meetings a year, with the next session slated for Jan. 31-Feb. 1.