A redesign competition has been announced for Tour Montparnasse and its surrounding mall and plaza.
By 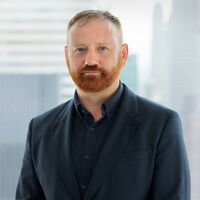 Soon, you may not be able to recognize Paris’s most hated building. The steel and glass Tour Montparnasse has loomed over the city’s Left Bank since 1973, but now the oft-loathed skyscraper is due for a €700 million makeover that should radically change its appearance. This week, an architectural competition was announced to revamp the tower, part of a plan that will also see the now sad-looking mall and grey, car-filled plaza at its foot get a major revamp. The declared objective: to create a “Parisian Times Square” in time for Paris’s possible 2024 hosting of the Olympic Games.

Manhattan’s central square might not seem the most obvious role model for the City of Light, but Paris doesn’t really have good examples of busy, skyscraper-lined plazas much closer to home. It’s also true that a major revamp of the once artistically vibrant Montparnasse neighborhood could do much to revive enthusiasm for an area that currently falls between two stools by being neither very pretty nor especially hip.