Trump and Joan Rivers attend The Celebrity Apprentice season finale at the American Museum of Natural History, on May 10, 2009. Photograph by: Jim Spellman/WireImage

Trump attacks Vince McMahon during the "Battle of the Billionaires" at WrestleMania 23, in Detroit on April 2007. Photograph by: George Napolitano/FilmMagic

Trump during an interview with Jay Leno, on November 19, 1997. Photograph by: Margaret Norton/NBC/NBCU Photo Bank via Getty Images

Trump and his wife, Melania, attend the Washington Capitals vs. New York Rangers game at Madison Square Garden, on May 13, 2015. Photograph by: James Devaney/GC Images

Trump stands with his family after announcing his candidacy for the 2016 Republican presidential nomination, in New York City, on June 16, 2015. Photograph by: Kena Betancur/AFP/Getty Images

Trump with his daughter, Ivanka, at his 50th birthday celebration at the Taj Mahal Casino in Atlantic City, on June 1, 1996. Photograph by: Mark Peterson/Redux

Trump poses with an item from his Macy‘s furniture line. Macy's has cut ties with Trump as a result of his inflammatory comments about Mexican immigrants. Photograph by: James Estrin/The New York Times

Trump waves to the crowd at the Freedom Summit in Greenville, South Carolina, on May 9, 2015. Photograph by: Travis Dove/The New York Times

Trump answers questions about his immigration policy and views on Mexico. 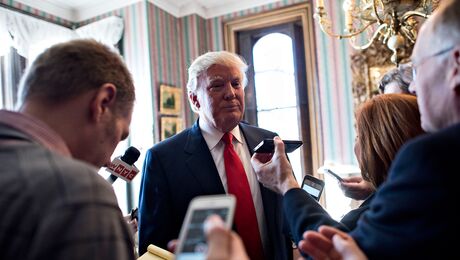 What I Learned From Donald Trump's Supporters 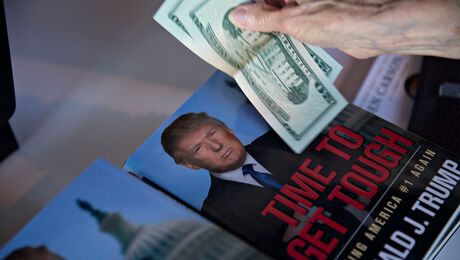 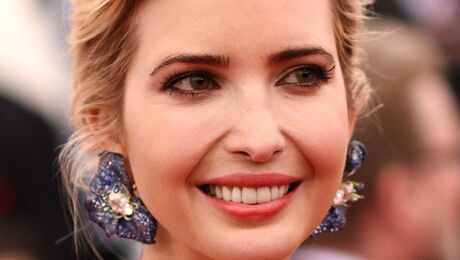 How Ivanka Trump Courts the Opposite of Controversy

“I'm primarily occupied with my real estate holdings, my best-selling books, and making love to women who've won prizes for their beauty.”

“Sadly the American dream is dead. But if I get elected president, I will bring it back, bigger and better than ever.”

When he’s not running for office, the Donald is...