Activists, including some dressed as polar bears, listen as Sanders speaks at a rally to call attention to climate change in Washington D.C., on March 20, 2007. Photograph by: Stephen Crowley/The New York Times

Six months into his first mayoral term, a young Sanders sits at his desk in Burlington’s City Hall on September 15, 1981. Photograph by: AP Photo/Donna Light

Sanders waves to the crowd at Burlington’s Waterfront Park after formally announcing that he will seek the Democratic nomination for the presidency, on May 26, 2015. Photograph by: AP Photo/Andy Duback

Sanders gives a speech about global warming during a Climate Crisis Action Day event on the West Front Lawn of the Capitol, on March 20, 2007. Photograph by: Bill Clark/Roll Call/Getty Images

He’s In It to Win It: Bernie Sanders Announces 2016 Bid

Bloomberg’s Al Hunt and Kathleen Hunter break down Bernie Sanders’ speech on Capitol Hill after announcing his run for the presidency. 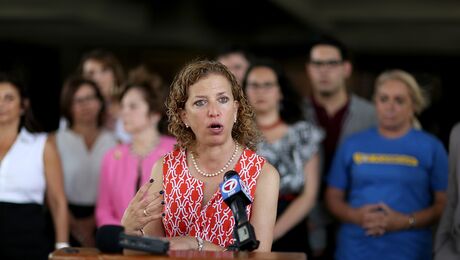 No Really—What’s the Difference Between a Democrat and a Socialist? 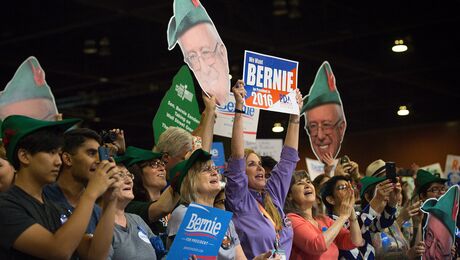 What #BernieSoBlack Can Teach Bernie Sanders and His Supporters

“There is a lot of sentiment that enough is enough, that we need fundamental changes.”

“What big money can do is ... deflect attention from the real issues facing the American people.”

“I would say don't underestimate me.”

“When we stand together, we always win.”

Sanders’ seemingly untamable hair is almost as famous as he is.

When he’s not running for office, Bernie is...