Black Republicans Are Not Political Unicorns

House races in Texas and Michigan show how the party can attract serious and successful Black candidates. 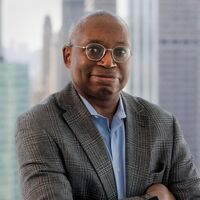 Herschel Walker’s defeat this week shouldn’t obscure one small but bright storyline for Black Republicans in Congress: In the House, they actually gained seats. Their success should force both parties to think more clearly about how they engage with minority communities.

Republicans lost the Senate race in Georgia because they were again betrayed by Donald Trump’s celebrity infatuation. And in fairness, the tendency to “shop out of town” for a Black candidate (Walker is a longtime Texas resident) predates Trump: In the 2004 race for US Senate in Illinois, with their nominee forced to drop out due to a scandal, state Republicans turned to a Black former State Department official who had at least run before for US Senate — from Maryland. He lost badly to a state senator named Barack Obama.