The FCC Finally Nixed Huawei. TikTok May Yet Be Next

Momentum is building against the popular Chinese video app, which is now in the sights of US regulators. 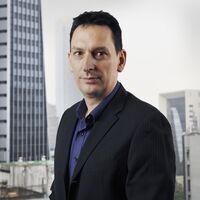 Tim Culpan is a Bloomberg Opinion columnist covering technology in Asia. Previously, he was a technology reporter for Bloomberg News. @tculpan
+ Get alerts for

The Federal Communications Commission finally closed a loophole in its ban on Chinese technology providers, ensuring equipment giants including Huawei Technologies Co. and ZTE Corp. can’t get a foothold on American soil. But the regulator’s job in blocking nefarious foreign actors is barely getting started.

Under new rules announced Friday, entities on its Covered List cannot receive FCC certification and won’t be eligible for any exemptions to the approval process that allows equipment to be imported, sold or installed in the US. Hytera Communications, Hangzhou Hikvision Digital Technology, and Dahua Technology are among other Chinese names on that list, which means the door to the US is also closed to them.