The social media platform could be fun, or useful, but the connectedness it appeared to provide was illusory. 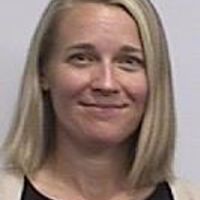 Sarah Green Carmichael is a Bloomberg Opinion editor. Previously, she was managing editor of ideas and commentary at Barron’s and an executive editor at Harvard Business Review, where she hosted “HBR IdeaCast.” @skgreen
+ Get alerts for

Twitter’s rapid descent into corporate chaos has prompted a wave of nostalgic posts and witty laments from users who fear these are the app’s final days. Without a doubt, Twitter has had a unique role shaping the cultural zeitgeist, and for better or worse it has had a disproportionate influence on how some people — journalists in particular — do their jobs. It can be very funny or rather horrifying, but it often has felt essential. What if it goes away?

In an era when all workers are supposed to sustain a personal brand that in theory will insulate us from job losses and other workplace misfortunes, something important could be lost if the site disappears or becomes a junkyard of spambots and trolls. And yet I also wonder what we might gain from its demise.