What the New ‘Saudi First’ Policy Means for Oil and Power

The reigning message at Davos in the Desert has big implications for energy, foreign policy and the global economy. 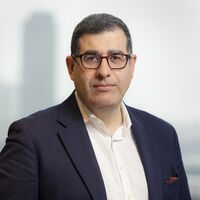 Prince Abdulaziz bin Salman has had enough. The Saudi Energy Minister, object of vitriolic criticism in Washington since he led the OPEC+ cartel into an oil output cut this month, said he keeps hearing: “Are you with us, or against us?” But the kingdom isn’t choosing sides, he told Wall Street’s good and great this week in Riyadh. “Is there any room for ‘We are for Saudi Arabia and for the people of Saudi Arabia?’”

If putting his country first was impolite, Prince Abdulaziz — son of King Salman, half-brother of Crown Prince Mohammed bin Salman — warned he would have no choice but to be rude. “I’m pro-Saudi,” he said.