Why Breaking the QE Addiction Is Such a Struggle

Stop referring to “unconventional” policies. Bond buying is here to stay, even if everyone wants to emulate Paul Volcker. 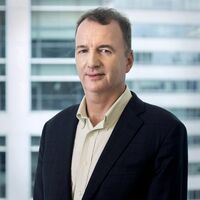 Daniel Moss is a Bloomberg Opinion columnist covering Asian economies. Previously, he was executive editor of Bloomberg News for economics. @Moss_Eco
+ Get alerts for

Few in Britain may want to hear it, but the financial crisis that rocked the country has a silver lining for the rest of the world. The dramatic intervention by the Bank of England reminds us that quantitative easing, the large-scale bond buying commonly associated with low inflation rather than today’s price surge, isn't going away.

What looked like a one-off exercise rooted in the traumas of 2008, Europe’s debt crisis a few years later, and post-bubble Japan keeps being rolled out. The UK is unlikely to be its last resurrection. The potential for a breakdown in the trading of US Treasuries is troubling top officials; Treasury Secretary Janet Yellen went public with her concerns last week when she fretted about adequate liquidity. The worst market rout in decades isn’t helped by the Federal Reserve’s efforts to unload a portion of the bonds it acquired during its Covid stimulus.

Watching the BOE wade in and calm the market led me to recall a powerful message from Raghuram Rajan, a former Reserve Bank of India governor, at a conference a year ago. Inflation was beginning to build around the world and central banks were contemplating how to begin ever-so-gently unwinding the vast sums pumped into the financial system during the pandemic. Was QE slated to return to the archives? Rajan was skeptical and told a panel that asset purchases were like “a whirlpool,” easy to fall into, but far harder to escape.

It seemed like an odd time to be flagging a short retirement. The Fed was starting to signal a tapering of bond purchases and would subsequently move faster than expected toward interest-rate hikes. The Reserve Bank of Australia was preparing to jettison efforts to suppress bond yields, the Bank of Korea and the Reserve Bank of New Zealand was already hiking and the BOE was preparing to do so. Deployed to prevent a public health crisis morphing into an economic calamity, so-called unconventional policies were being blamed for exacerbating the uptick in inflation. QE looked like yesterday’s hero — and villain.

Rajan stands by his warning of October 2021. In theory, he says, the process is straightforward: During QE, central banks buy bonds and expand their balance sheets. When the economy has recovered and it’s time to unwind stimulus, you simply do the reverse and release the bonds into the market. QE becomes quantitative tightening, or QT. “That is the narrative that says it’s very easy to get in and very easy to get out,” Rajan, a professor at the University of Chicago, told me recently.  “The problem is that stuff happens along the way.” Providing liquidity in tough times makes perfect sense, “but the private sector gets used to it and you keep having to go back in. It's a drug, it's addictive. The private sector cannot withdraw from that addiction.”