Russians are ignoring the present and trusting in a brighter tomorrow. But what happens when the good news proves to be a facade? 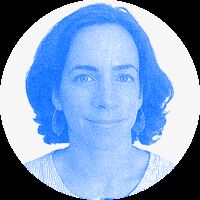 Vladimir Putin is certain he will win in Ukraine, because he must. He has left himself no other options, having started a war that’s been portrayed as a fight for Russia’s very survival, one that has redefined national identity and to which he has tied the fortunes of his regime. It’s an existential fight. That may be why he is focused on reinventing the past and surviving the present, while ignoring the future.

Unfortunately for the Russian leader, the future has a nasty way of catching up with the present. Whatever the exact conclusion of his war of conquest in Ukraine — and outright victory is unlikely — it is hard to imagine an outcome where Russia is not isolated and shunned for years to come. The country faces a future of poor quality goods with low safety standards, paltry foreign direct investment and declining real incomes.