Pinterest and PayPal Problems Won’t Be Fixed Overnight by Elliott

The activist investor has a mixed record on its targets and needs to stick around for stock gains to be more than temporary. 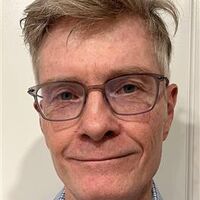 Martin Peers is a Bloomberg Opinion columnist covering tech and media. Previously, he was deputy editor of the Wall Street Journal's Heard on the Street column and managing editor of the Information. @mvpeers
+ Get alerts for

Judging by the roughly 10% lift that shares in both Pinterest Inc. and PayPal Holdings Inc. received this week after Elliott Management disclosed a stake in each company, investors are confident the activist investor can fix problems quickly at both companies. They may be expecting too much.

Don’t get me wrong. Elliott has scored some home runs in persuading companies to overhaul their businesses, with eBay one of the most recent examples in the technology sector. By following Elliott’s advice to sell its StubHub and classified ad businesses, eBay lifted its stock price more than 150% between the start of 2019 when Elliott appeared and last fall, before the market started to slide. But the outcome of Elliott’s efforts in other situations such as AT&T Inc., Twitter Inc. and SoftBank Group Corp. was, by comparison, nothing to write home about.