Are We Ready to Start Saying the R-Word?

Consumers and companies are already acting like we’re in a recession, even though economists aren’t quite there yet. 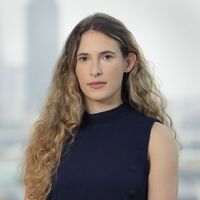 Lara Williams is a social media editor for Bloomberg Opinion. @lararhiannonw
+ Get alerts for

According to the dictionary, the US went into a technical recession on Thursday, when it was confirmed that the economy had shrunk for two consecutive quarters.

But that doesn’t mean this is actually a recession. The pleasure of announcing one of those goes to an obscure panel of eight economists who meet in secret and pore over several indicators to determine whether economic activity is, indeed, in a sustained period of substantial decline. Stephen Mihm writes that their work for the National Bureau of Economic Research is rigorous, but it’s always been as much art as science. There’s no equivalent to the laws of thermodynamics when it comes to recessions — they’ve come to us in a dizzying array of shapes and sizes, and no two have had the same causes or effects. A look at the indicators now gives us a little insight into the complexity of the task at hand: