Japan's Lack of Inflation Is Tied to Loose Monetary Policy

You can’t be certain about the reason consumer prices are surging in most of the world without understanding why they aren't in the Asian nation. 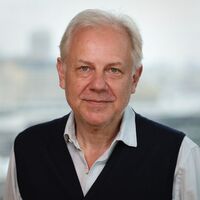 For people like me who think inflation in much of the developed world is likely to remain uncomfortably high and persistent, Japan poses a problem. If you ask most economists or investors why inflation has surged, they would probably offer two main causes: 1) the sharp rise in commodity prices, especially energy, and 2) the massive expansion of central-bank balance sheets. The snag is that Japan has had more of both than most developed countries.

The Bank of Japan’s balance sheet is more than twice the size of the European Central Bank’s as a proportion of gross domestic product. A rapidly weakening yen (partly the result of this monetary laxity) has driven up import prices dramatically. In May, import prices rose 43% compared from a year earlier. Japan imports most all its energy and oil has risen some 93% in yen terms.