The Fertility Crisis Started in Japan, But It Won’t Stay There

A declining population and plummeting fertility rate isn’t a unique Japanese phenomenon. All rich countries will contend with this crisis. 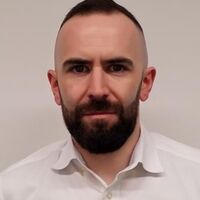 The world has an obsession with Japan’s shrinking population. Each year, news that the country is a little bit smaller can reliably be called upon for column inches, which tend to examine it as a Japanese mystery — one of those inherently Oriental concepts that foreigners could not possibly penetrate, like wabi-sabi or the bushido code of samurai warriors.

The New York Times asked in 2012, “Without babies, can Japan survive?” The Atlantic wrote about “the mystery of why Japanese people are having so few babies.” To be fair, Japan talks about the population crisis as much as anyone, with one paper recently calling for the declaration of a “declining birth-rate state of emergency.”