Powell’s Late Start on Inflation Traps Fed in a Dilemma

The central bank lacks tools to combat food and energy costs, which are driving price growth expectations. It can ride it out or risk a recession. 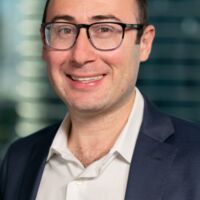 Federal Reserve Chair Jerome Powell is trapped in a dilemma that’s essentially guaranteed to keep the central bank at the mercy of inflationary forces, not in control of them. The Fed’s monetary policy tools are useless against surging global food and energy prices, but they’re starting to play an outsized role in rising inflation expectations — a situation that could embed rising prices in the national psyche.

That’s bad news for the economy and raises the risk of stagflation. In his remarks to reporters on Wednesday after the central bank raised interest rates 75 basis points, Powell appeared to acknowledge how powerless he felt. “We can’t really have much of an effect, but we have to be mindful of the potential effects on inflation expectations,” Powell said. “So it’s a very difficult situation to be in.” It’s tricky indeed, and Powell’s commitment to mindfulness won’t help one bit.