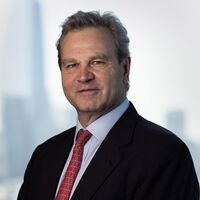 Last week's central banker symposium at the International Monetary Fund in Washington was a festival of hawkishness, with one notable exception: Bank of England Governor Andrew Bailey was far more circumspect than his peers at the Federal Reserve and even the European Central Bank in detailing the tricky balancing act between curbing inflation and sustaining economic growth.

And for good reason. The U.K. faces the "worst of all worlds" on rising prices, according to Alfred Kammer, the IMF’s European director. Britain is suffering from a super-hot labor market akin to what’s happening in the U.S., as well as the runaway energy prices plaguing Europe. As a result, the IMF expects U.K. inflation to remain stuck above 5% next year, when other G7 countries will have returned to their 2% targets. At the same time, it expects the U.K. to  fall to the bottom of the G7 league table for growth. Stagflation is a real and present danger.