Is Whistle-Blowing Really Worth $200 Million?

It’s important that incentives be preserved, but an enormous recent award might mean it’s time to recalculate the math behind it all. 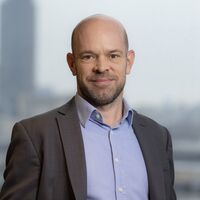 Good incentives for blowing the whistle on bad behavior are great. But $200 million is a hell of a big prize.

That’s the amount awarded to a single source of critical information that led to nearly $2.5 billion in fines for Deutsche Bank AG in 2015 for manipulating the discredited and soon-to-be-defunct Libor interest rate, according to reports. The Commodity Futures Trading Commission announced the award last week. It is a record payment to a whistle-blower.