Powell Is Fighting for the Minds of the People

If people start to doubt the Fed’s inflation-fighting credibility, his job will get a lot harder. 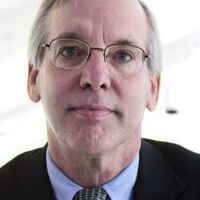 If all goes according to Federal Reserve Chair Jerome Powell’s baseline forecast, the current surge in U.S. inflation will prove transitory, despite the central bank’s persistent efforts to stimulate growth and reduce unemployment. But what if people stop believing in this benign outlook? This is one of the greatest risks the Fed now faces.

The Fed’s power to manage the economy rests in large part on public confidence. If households and businesses trust officials’ judgment, they’ll expect consumer-price inflation to stay near the central bank’s 2% target in the long run. As a result, they’ll be less likely to demand and offer wage increases, which will help ensure that any surge in inflation proves temporary.