Skip to content
Economy:What Will the World of Work Look Like After Covid-19?
Subscriber Only
Opinion
Allison Schrager

‘Lie Flat’ If You Want, But Be Ready to Pay the Price

Upper-middle-class, well-educated young Americans are getting in on the protest movement started in China. But they may not understand what it will cost them. 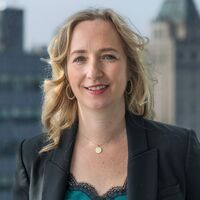 The new “lie flat” social protest movement seems to be catching on. It started among overworked Chinese factory workers burned out from grueling 12-hour, six-day work weeks, and the unrelenting pressure from the government and society to climb the economic ladder. So some Chinese millennials formed an underground movement to opt out of work and the pressures of society.

Never ones to miss a chance to cry “hardship,” upper-middle-class, well-educated young Americans are also getting in on the action, claiming they, too, are burned out and quitting their jobs to do nothing. What this trend will mean for China is unclear, but Americans who choose to lay down in lieu of work may end up worse off than they think.