For the British Royals, Less Majesty Should Be the Way Forward

There are too many working Windsors. Harry’s now employed elsewhere. Maybe Andrew can get less busy too. 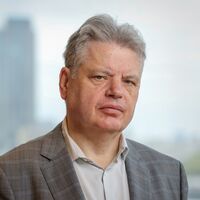 As it was once said of the volatile Irish economy, the state of the British Royal Family is catastrophic but not serious. The institution has survived the wildest antics and personal shortcomings of its members — messy divorces, internecine quarrels, sexual and financial scandals. Yet the Queen has never been more popular with her subjects and Republicanism remains a minority pursuit.

But what happens when the long reign of Elizabeth II finally draws to a close? Through her unique reticence and discretion, the monarch has avoided personal controversy for seven decades and so preserved the institution she serves. But even she cannot shield her children and grandchildren from beyond the grave. And one scandal lapping at the royal ankles has potential to be a legal — and moral — minefield which does more lasting damage than other personal upheavals.