The Greensill business model was questioned for years, so why didn’t regulators do anything about it? 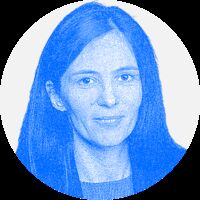 Elisa Martinuzzi is a Bloomberg Opinion columnist covering finance. She is a former managing editor for European finance at Bloomberg News. @ElisaMartinuzzi
+ Get alerts for

With thousands of jobs at risk, billions of dollars of depositor savings on the line and large potential losses for fund investors, Greensill Capital’s implosion has the potential to inflict pain on many people. Though the firm’s demise probably doesn’t threaten the financial system, and some failures are inevitable, regulators have again come up short. The Greensill business model was questioned for years. This messy unravelling was avoidable.

It’s true that Greensill, founded by the charismatic farmer-turned-billionaire Lex Greensill, operated a supply-chain finance business that sat largely outside the direct oversight of financial regulators. Headquartered in Australia, Greensill Capital’s U.K. unit provided “invoice-based lending,” where it arranged for early payment of a client’s suppliers at a discount and received the full amount from the client later. It repackaged these obligations — effectively a form of short-term debt — in notes to sell to investors.