China and Russia Are Beating the West at Vaccine Diplomacy

While the West hoards Covid-19 jabs like rocket fuel, Russia and China are deploying them strategically around the world. 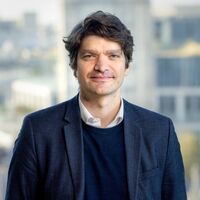 It was encouraging to see G7 leaders including France’s Emmanuel Macron, Germany’s Angela Merkel and the U.K.’s Boris Johnson all on the same page when it came to Covid-19 vaccines last week. With the U.S. back in the fold of global health cooperation as a member of the 92-country Covax initiative, they all agreed to help distribute doses around the world to start healing a pandemic divide between rich and poor.

But beyond the positive sentiment, there’s a troubling lack of action. The gap is already so wide that just 10 countries account for more than three-quarters of Covid vaccinations, while 130 countries have yet to give a single jab. Covax is a welcome effort, but its target this year is to cover just 20% of its member countries’ populations, meaning it’s only part of the answer. The World Health Organization has called the lack of cooperation across continents a “catastrophic moral failure.”