An aggressive foreign policy has only cemented anti-Chinese hostility around the world. It’s time for Beijing to play defense, not offense. 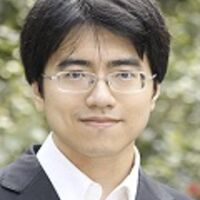 Taisu Zhang is a professor of law and history at Yale University.
+ Get alerts for

If there was ever a time for China to press its economic and geopolitical advantages, now would seem to be it. The United States is reeling from an ever-worsening coronavirus pandemic and what many consider a failed coup attempt by Donald Trump and his supporters in the waning days of a disastrous presidency. American soft power has declined precipitously, while the viability of U.S. political institutions is being called into question as never before. Europe, too, is struggling to contain the pandemic, not to mention the political and economic fallout of Brexit.

By contrast, not only has China managed almost completely to repress the spread of Covid-19 within its borders, it has returned to growth faster and more robustly than any other major economy. In a sharp reversal from the early days of the pandemic, domestic support for the Chinese leadership has skyrocketed. What better moment to expand one’s sphere of influence than when the hard-power balance seems to be swinging in your favor and your main rivals are in disarray?