After TikTok, What's Next for a Chinese Drone Maker?

There are four ways DJI can alleviate national security concerns — and keep the lion’s share of the U.S. market. 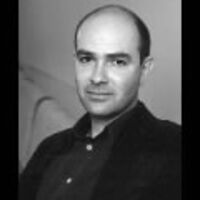 Chris Anderson is the chief executive officer of 3D Robotics. He is also the founder of the Linux Foundation's Dronecode Project, as well as the DIY Drones and DIY Robocars communities. He is a former editor in chief of Wired magazine and author of "The Long Tail" and "Free." @chr1sa
+ Get alerts for

As Washington and Beijing joust over TikTok Inc. and whether a Chinese-owned app that’s popular in the U.S. must be put at least partly in U.S. hands for security reasons, it’s not too soon to ask, “What’s next?” The answer affects not just products and companies, but also cross-border technology innovation. Like it or not, we’re in the midst of a once-in-a-generation ecosystem decoupling. We might as well get it right.

TikTok is not the only Chinese-owned product that's popular in the U.S., of course. One of the leading security camera companies in the U.S. is Hangzhou Hikvision Digital Technology Co. Ltd., headquartered in Hangzhou. Riot Games Inc., creator of “League of Legends,” has been owned by China’s Tencent Holdings Ltd. since 2015. Motorola Mobility LLC has been owned by Beijing’s Legend Holdings Corp. since 2014, after Legend’s Lenovo Group Ltd. subsidiary also bought IBM’s ThinkPad line. GE Appliances has been owned by China’s Haier Inc. since 2016. And Smithfield Foods Inc., the giant pork producer, is owned by Hong Kong’s WH Group Ltd.