From bungled tests to chaotic messaging, the president’s handling of the pandemic hasn’t exactly been smooth sailing. 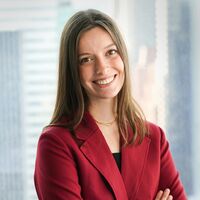 Jessica Karl is a social media editor for Bloomberg Opinion.
+ Get alerts for

On night one of the 2020 Republican National Convention, President Donald Trump was praised for his management of the coronavirus pandemic. “As a healthcare professional, I can tell you without hesitation Donald Trump's quick action and leadership saved thousands of lives during Covid-19,” said Amy Ford, a registered nurse from West Virginia. Even Trump gave himself a pat on the back during his acceptance speech: “When the China virus hit, we launched the largest national mobilization since World War II.”

But with over 180,000 deaths from the virus and millions of people unemployed, just how successful has Trump been in leading the nation’s pandemic response? Bloomberg Opinion columnists have been tracking his progress from the start.

Covid-19 Testing Is Broken and There's No Plan to Fix It: “When Covid-19 first escalated in the spring, President Donald Trump briefly came to recognize there was battle to be fought. ‘I view it as a, in a sense, a wartime president,’ he said in March. ‘It’s a medical war. We have to win this war. It’s very important.’ But one month after setting up a coronavirus task force in the White House and putting his son-in-law, Jared Kushner, in charge of expanding testing, Trump effectively shifted primary responsibility for the battle to the states. It was as if, during World War II, Franklin D. Roosevelt had told governors to devise their own military strategies and produce their own tanks, ships and planes.” – Timothy L. O’Brien

A Horrifying U.S. Covid Curve Has a Simple Explanation: “A sluggish initial response and failure to ramp up testing let the virus spread far and wide in the U.S. And instead of coordinating a coherent and aggressive national response, President Donald Trump has consistently downplayed the threat of the infection and left decisions to insufficiently supported states. As a result, decisions over lockdowns and reopenings have been chaotic and have ignored the guidelines put forth by federal public health officials.” – Max Nisen