Tech Companies Want You to Believe America Has a Skills Gap

But what they really want is a steady supply of cheap, dependent IT workers. 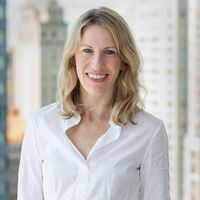 Rachel Rosenthal is a member of the editorial board covering health care and an editor at Bloomberg Opinion. Previously, she covered markets and economics for the Wall Street Journal. She has worked in New York, Hong Kong and Singapore. @RosenthalRC
+ Get alerts for

Weeks before she lost her job, Judy Konopka’s desk was already clear. Gone were the photos and plants, the vintage typewriter and illustrated calendar. The wall where she had once tacked up a print-out of an inspirational quote was bare. By the time she walked into the brisk New England winter air on her last day, exiting the building where she had worked for the better part of two decades, Konopka didn’t have so much as a box to load into her 2007 Pontiac Vibe.

Konopka’s departure from Northeast Utilities in 2014 wasn’t billed as a layoff. Her employer’s merger with a Massachusetts power company would eliminate 350 jobs “through attrition,” the chief executive officer said when the deal closed in 2012. For a while, the staff believed it. The tie-up created a $12 billion company that eventually became Eversource Energy, with about 4 million customers across New England. Management gave reassurances that there would be more than enough work to go around after the deal, Konopka recalls — there was even a flutter of anticipation about the chance to do projects on Cape Cod.