$11 Billion Gets Bayer the Roundup Closure It Can

Costs to settle lawsuits around the weedkiller it inherited from Monsanto are manageable, but big challenges remain. 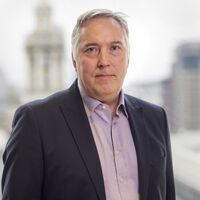 Bayer AG has at last reached a settlement to end most of the current lawsuits alleging its Roundup weedkiller causes cancer. Whether the German life-sciences group has put this saga completely behind it is less clear, but it has achieved what closure it can.

The headline number of $11 billion is in the region that analysts had estimated it would cost to settle litigation around the product, which was inherited in the acquisition of Monsanto Co. in 2018. As much as $9.6 billion of the total will go to law firms handling current claims, of which 75% are now resolved. Logistical challenges and holdouts probably precluded striking deals with the remaining 25%, but the overall sum includes an allowance for resolving those claims. It’s plausible that the core deal here covers the strongest suits most likely to go to court.