Comparing Hong Kong with Kashmir shows that manipulating social media is more effective than shutting it down. 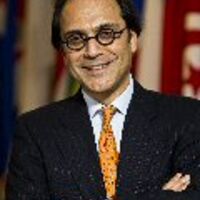 Bhaskar Chakravorti is the dean of global business at the Fletcher School at Tufts University and founding executive director of Fletcher's Institute for Business in the Global Context. He is the author of "The Slow Pace of Fast Change."
+ Get alerts for

How, in the age of the internet, does a government quell unrest?

One popular option is to simply shut the internet down. In 2018 there were 195 shutdowns across 25 countries, and this year is already on track to break that record. But shutdowns come at a cost: A country with average connectivity can lose at least 1.9% of its daily GDP for each day of a shutdown. Governments worried about that consequence sometimes opt for an alternative: Keep the internet running and stuff it with propaganda. At least 70 countries have waged such campaigns.