The city’s unrest is a cautionary tale of income inequality. Stimulus dollars only widen the gap between rich and poor. 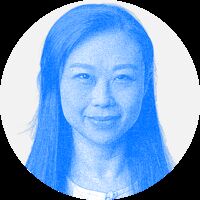 The longer Hong Kong protests drag on, the less likely China will be to unleash the trillion-dollar stimulus markets seem to want. Beijing has become painfully aware that its easy-money policies of the past inflated asset bubbles and widened the wealth gap. Any repeat endeavors could risk stoking social unrest on the mainland.

Over the past decade, China flooded its economy with big-ticket outlays. There was the 4 trillion yuan ($561 billion) package after the collapse of Lehman Brothers Holdings Inc., followed by interest-rate cuts in 2014 and 2015, and 3.5 trillion yuan of shantytown redevelopment projects from 2015 to 2018, to name a few.