What Should Be Next for Saudi Aramco

With the oil giant moving forward with plans for an IPO, it needs professionals with experience in the industry more than ever. 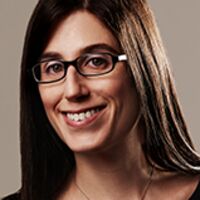 Ellen R. Wald is president of Transversal Consulting and a nonresident senior fellow at the Atlantic Council's Global Energy Center. @EnergzdEconomy
+ Get alerts for

The Saudi Arabian monarchy made a major change this week in the leadership of its national oil company, Saudi Aramco. Khalid Al-Falih, the former CEO and current oil minister, was removed  as chairman and replaced by Yasir Al-Rumayyan, the head of Saudi Arabia’s sovereign wealth fund. With the kingdom readying plans for an Aramco IPO, what should we make of this shift, and is Al-Rumayyan – a confidante of Crown Prince Mohammed bin Salman with no experience in oil or energy – the best choice to fill the position?

On the one hand, removing Al-Falih from the board of Saudi Arabian Oil Co. will help the company establish itself as distinct from the Saudi government team that creates oil policy at OPEC. This should insulate Aramco from some antitrust allegations. If or when Aramco does go public, the move could help protect the company from investigations by other governments concerning  its connections to the international oil cartel. As Al-Falih himself wrote in a tweet in Arabic, the new leadership of the board is a step toward an IPO: