Charter Schools Are Victims of Their Own Success

They’ve improved the U.S. public-school system — but still need to be held accountable. 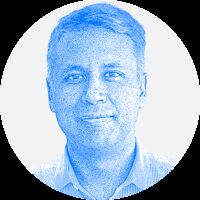 Romesh Ratnesar is a member of the editorial board covering national security, education and immigration. A former senior State Department official in public diplomacy, he is author of “Tear Down This Wall: A City, a President, and the Speech That Ended the Cold War.” @romeshratnesar
+ Get alerts for

Advocates like to say that charter schools punch above their weight: Compared with better-funded, established public schools, high-performing charters produce students who learn more, do better on standardized tests, and are more likely to graduate from college. Charter schools are also disproportionately polarizing. Despite accounting for just 7% of America’s public schools, they have become the system’s biggest source of conflict.

The head of the largest teachers’ union says that the charter-school industry “want[s] to create horrible public schools.” The NAACP has called for a “moratorium” on new charters. Legislators in California, which has the country’s largest number of charter schools, are considering bills to curtail their growth. According to a survey by the journal Education Next, only 44% of the public supports the formation of charter schools, down 10 points in the last five years.