The drugmaker made a pair of prudent and interesting acquisitions, but it needs something with a more immediate payoff. 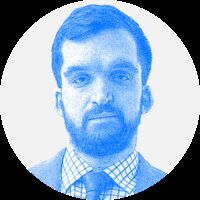 Merck & Co. seems to have it in for investment bankers, at least when it comes to potential IPO fees. The drug giant announced Monday that it was buying closely held cancer-treatment developer Tilos Therapeutics for up to $773 million, a few weeks after shelling out $1.05 billion for another oncology startup, Peloton Therapeutics, on the eve of its IPO.

Buying private and relatively early-stage biotech firms has a lot to recommend it. It’s often cheaper because of the risk that still unproven drugs won’t work out, and because going public can inflate valuations for buzzy companies. Both deals add intriguing assets that bolster Merck’s pipeline in a relatively prudent way. They still don’t address Merck’s most significant problem: its over-reliance on the immune-boosting cancer blockbuster Keytruda.