U.S. Expansion May Be Nowhere Near an End

As the current period of growth nears the longest on record, history suggests it may have much further to run. 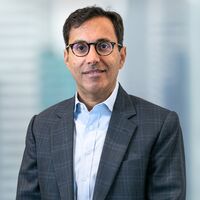 The current U.S. economic expansion that began in 2009 will celebrate its 10th anniversary in June. The following month, it will become the longest period of sustained U.S. growth on record, according to the National Bureau of Economic Research, surpassing the 10-year-long expansion from March 1991 to March 2001.

The length of the current growth spate is raising questions among some market-watchers about just how much further it can go on, and whether the U.S. is due for a recession. My Bloomberg News colleague Steve Matthews asked Federal Reserve Chair Jerome Powell that very question during the central bank’s press briefing on Wednesday. Powell seemed unconcerned, saying he saw the U.S. “on a good path for this year,” citing healthy growth, a strong labor market and low inflation.