Microsoft learned the hard way about how to cope with EU regulators. The fines are stacking up, and Silicon Valley should take note. 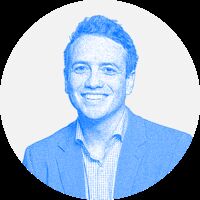 As another European Commission mega-fine on Alphabet Inc. nears, it prompts the question: can the Google parent ever free itself from the specter of penalties from the region’s regulators? The same goes for Amazon.com Inc. and Facebook Inc., each of which is facing scrutiny for how they handle data. They could do a lot worse than looking to a fellow West Coast tech giant for a playbook.

It wasn’t all that long ago that Microsoft Corp. was the European Commission’s nemesis. For most of the first decade of the millennium, the firm was under fire over the way it bundled products with its then-dominant Windows operating system. It became the subject of what were then record fines.