Europe Gets a $1 Billion Reminder of Turkey’s Pain

So much for the hope that emerging markets would be a reliable way to counteract European banks’ lackluster domestic businesses. 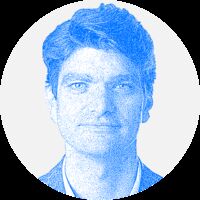 It may not be a “Big Short” on the scale of the 2008 financial crisis, but money manager Steve Eisman’s bearish bet on two European banks exposed to Turkey’s currency meltdown this summer is proving prophetic. The after-effects will linger.

Italy’s UniCredit SpA and Spain’s Banco Bilbao Vizcaya Argentaria, the two lenders Eisman singled out, have both issued warnings about Turkey even after the lira recently halted its heavy sell-off. On Thursday, UniCredit wrote down the value of its business in the country by 850 million euros ($972 million) — though insisted it would stick with its investment. BBVA last month warned of rising loan losses in the nation as soaring inflation and political uncertainty hurt growth.